My daughter, Heather, was the first child in Jersey to be picked up by the newborn screening programme and the first child to receive bilateral cochlear implants, aged 18 months, at St Thomas’s Hospital in London.

“Groups” of profoundly deaf children tend to come along every six years or so. The first group of children to receive cochlear implants was also the first cohort to be educated on island for primary, secondary and tertiary. Historically, children had gone away to specialist schools for their secondary education, if not sooner.

Heather was born six years after this group and we have been extremely lucky. She has been able to ride in the wake of those pioneering families of the first group and a dedicated teacher of the deaf who fought for everything when there was nothing. They knocked loudly and repeatedly on many doors before receiving funding and then fought even harder to maintain and develop the structured approach we have today. 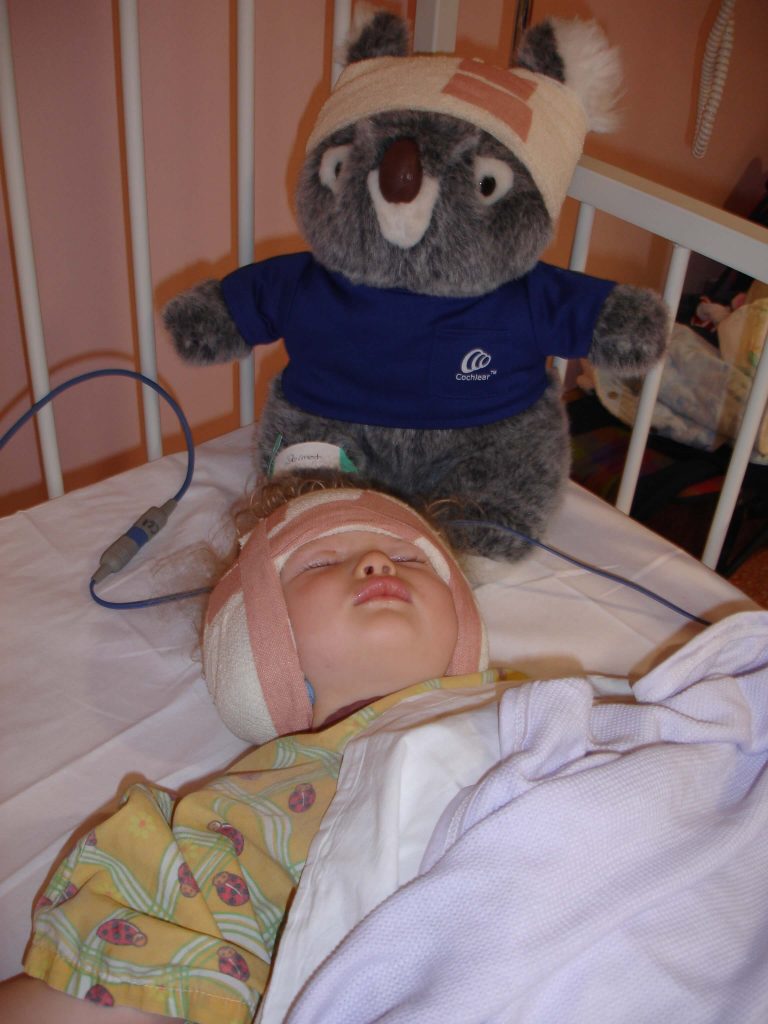 There is no statutory requirement to education before the age of three but we were keen for Heather to attend nursery earlier to learn how to socialise and interact with other children. She also has speech dyspraxia (for which she attends the Nuffield Ear Nose and Throat Hospital) and her first language was British Sign Language. We were fortunate enough to receive funding from the Jersey Childcare Trust for Heather to receive one on one support with speech therapy and BSL once a week during her time at private nursery. Our wonderful peripatetic teacher of the deaf also came once a week, although this was not a statutory obligation, “because she was excited to have a deaf baby”. The first implanted group was mostly diagnosed around the age of two, but because of the newborn screening, Heather was fitted with hearing aids at 13 weeks. Heather was extremely happy at nursery, where nobody really spoke and gesture was the normal mode of communication, but that changed when she went to primary school.

All the profoundly deaf children in Jersey attend the Additionally Resourced Centres (ARCs) based at St Clement’s and Le Rocquier schools. Heather has a Record of Need which gives her a legal right to whatever is deemed necessary to allow her to access the curriculum (with input from the teacher of the deaf, paediatric audiologist, parents, educational psychologist and so forth). She received intensive speech therapy for the speech dyspraxia, had a dedicated key worker throughout primary school and the daily input of her teacher of the deaf.

But she really struggled in those early days.

She had various “isms” including an extreme dislike of buttons. This meant that for the first three days of formal education, she wore pyjamas to school as her uniform had buttons. Her headmistress was extremely pragmatic and simply said “cut them off”. Throughout her time at primary, Heather never had a button on her cardigan or polo top. 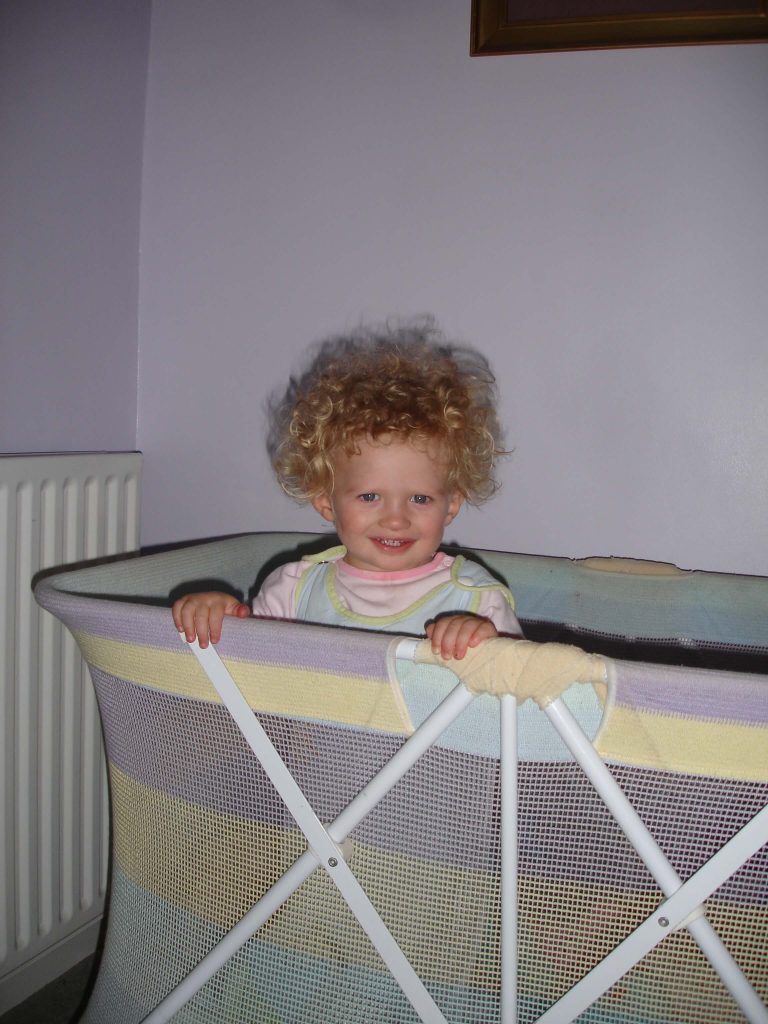 Heather 48 hours after the operation

She is a very intelligent child but, due to the speech dyspraxia, was still almost exclusively a signer until she was six. The problems with communication caused serious behavioural difficulties and a preference for the company of adults over children. Other possible causes for the behaviour were looked into and, despite the “isms”, ruled out and communication became the main focus.

Heather repeated her nursery year, primarily because reading is taught through phonics and she had missed out on nearly three years of listening. Slowly, with gentle co-ersion and infinite patience from her support network, she came out of her shell and developed a few close friendships. She became a voracious reader, accomplished writer and keen table football player! Her speech became clearer and she began to see English as her primary language, although she passed her Level 1 BSL at primary school.

Sadly, her close friends all went to private schools for their secondary education and she was once again cast a little adrift, socially, at Le Rocquier, her secondary school. Thankfully, she once more had the support of the ARC, with new faces and a new teacher of the deaf, but the same nurturing atmosphere she takes for granted but which we never have.

She no longer receives speech therapy as the Nuffield said they had achieved all they could. She also no longer has a dedicated key worker, instead using different key workers for notetaking or BSL in the lessons in which she requires assistance. She is learning to advocate for herself regarding her requirements, sometimes rather too vociferously, and is supported in this. But she simply did not “fit in” and struggled to make friends despite being more than able to keep up academically.

The total game changer came for her when her teacher of the deaf suggested she skip year eight and move directly to year nine. It was a real leap of faith as, while all profoundly deaf children repeated nursery, none had ever jumped back again. But it has been the making of her. We are all infinitely grateful that it was suggested. Now she is back with peers her own age, she is much happier, has a close and supportive network of friends (with the usual friendship vagaries of the average adolescent), is comfortable in her own skin and full of attitude, as she should be at this age. She chose to maintain the status quo and not move to Hautlieu but will take 9 GCSEs next Summer and BSL Level 2 (GCSE equivalent) this Summer. She hopes to go on to study A levels on island and then go away to college to study Equine Physiotherapy.

Her education and the structures in place for it have been excellent. We feel extremely fortunate that we have not had to fight for everything. We have never felt that this was a “one size fits all” approach and the support has been very much tailored to the child. She was not able to attend a private school, contrary to what we had planned, as this level of support is only available in the States schools, but the value added has been above and beyond anything which could have been put in place privately to address her needs.

Heather was born in the right place at the right time.  In the UK, access to support is very much a postcode lottery. Some authorities opt for an oral approach, totally precluding access to sign language. Jersey opts for a total communication approach, including BSL, Sign Supported English and spoken English; whatever works for the child. We have also had ongoing support from Earsay, with equipment, assistance with funding for trips away with other deaf children, access to a peer group outside school and help with BSL lessons for Heather’s grandparents, aunty, godmother, support workers at nursery and ourselves. There was never a time when Heather could not communicate with us.

Our hope for her is the same as any parent’s – that she will be happy and live up to her potential. While the last hurdles, of revision and staying off her phone for five minutes, are up to her, we believe that with the educational start she has had, those hopes will be fulfilled.

Heather was born in the right place at the right time.

© 2021 JSDCYA. All rights reserved.
Earsay is a trading name of Jersey Society for Deaf Children and Young Adults.